Today was another busy and exciting day in Lebanon. Lucky for all of you (my blog readers) we had some long car rides which I brought my laptop on and wrote several blog posts! I’ll post more details later, but we spent the day in the south of Lebanon. At one time we were mere feet away from the border with Israel. We got pictures with UNIFIL (United Nations International Forces in Lebanon). They were all very nice and eager to take photos with us. The one gentleman I have a photo with actually had his own camera with him and had the girl who was taking our photo take one on his camera as well.

Photo 1: Israel in the background. Photo 2: with the UNIFIL officer (yes he’s from Indonesia!). Photo 3: with the UN tank. 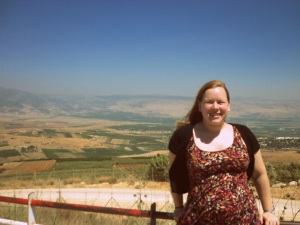 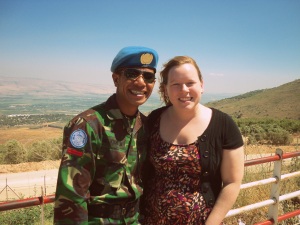 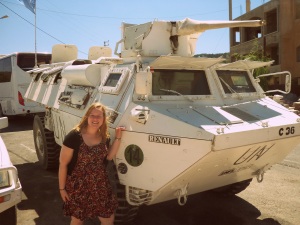 One thought on “Just Checking In”